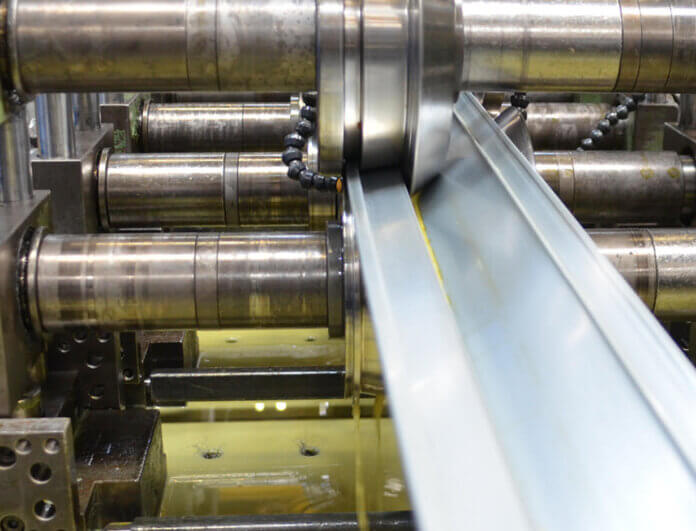 Steel frames were tested for their compression strength to withstand typical top clamp loads. This could lead to frame buckling and laminate breakage. Origami steel frames proved to be more rigid and stable than other frames, which can be used to resist such loads.

The Origami steel frame is significantly more rigid than the aluminum frame, with greater structural stability and total deflection. This was even at a load of 150 psf. EL imaging testing during testing showed that the PV laminate’s solar active parts were much better protected from damage.

The Origami steel frame was tested in top-clamp and bolt mounting installations. This proved compatibility with existing rack systems.

The solar industry will see tremendous benefits by switching from aluminum to metal module frames. After decades of declining costs, solar panels are now more expensive due to the long and expensive supply chains that struggle with rising demand. The shift to steel frames would help stabilize prices and reduce supply chain concentration risks. It would also allow for large-scale domestic manufacturing. According to Boundless Research, steel also reduces production-related GHG emissions 87%.

“The Origami roll-formed steel frames proved to be durable, resilient, and able to surpass the performance of typical aluminum frames under real-world rail-attached test conditions. The frames were able to protect the laminate from cell crack initiation or propagation. This is vital for long-term energy production. Our office has concluded that the Origami steel frame is a suitable candidate for consideration to replace extruded aluminum PV module frames and can provide significantly better performance if properly designed,” says Samuel Truthseeker, Founder and Principal Engineer at TECSI Solar.

Origami Solar is a finalist in DOE’s American-Made Solar Prize competition, which will be awarded in September. Origami uses a steel rolling forming process that creates intricate folds in its frames. Origami’s patent-pending design, combining innovative engineering and deep knowledge of the capabilities of precision roll-forming and utilizing domestically available recycled steel, delivers performance that equals or exceeds that of aluminum frames, while lowering material costs. This module frame is easily manufactured and will meet or exceed all UL/IEC standards.