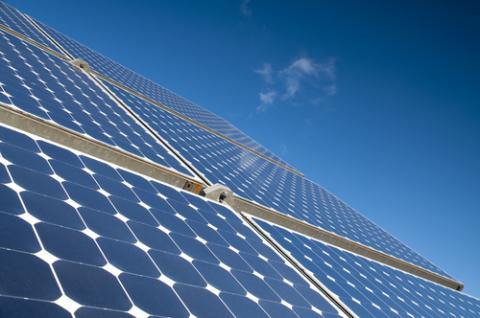 U.S. solar panel imports fell during the first quarter, according to analysis from S&P Local Market Intelligence. According to industry sources, the drop occurred as the industry waited for the U.S. Commerce Department to investigate allegations that Chinese-based solar panel manufacturers were dumping solar modules in other Asian countries in an attempt to avoid U.S. tariffs.

The number of shipping containers delivering solar panels to American ports during the first three months of the year was down 17% from the prior quarter and 26% from a year earlier, according to research firm Panjiva, which was quoted by S&P.

S&P also said that American solar companies have reported “widespread delays or cancellations” of panel shipments since the start of the investigation, which could result in tariffs being applied retroactively to past imports. Global trade has been disrupted further by congestion at Chinese ports caused by a resurgence Covid-19 restrictions.

The Solar Energy Industries Association (SEIA), claimed in April that three-quarters if the solar companies that responded to a survey said that panel deliveries had been cancelled or delayed since the Commerce Department opened a case against imports from Vietnam, Cambodia, Thailand, and Malaysia.

SEIA said in a press release that more than 90% of the 200 companies that responded to its survey said that the Commerce Department’s actions are having a “severe or devastating impact” on their bottom line.

The industry trade group said that all market segments — residential, commercial, community solar, and utility-scale solar — “overwhelmingly reported” devastating or severe impacts from the investigation. Both SEIA members as well as non-members were included in the survey respondents.

“Projects are getting delayed, force majeure is being called,” Adam Hahn, a managing director at GreenFront Energy Partners LLC, said in an interview with S&P, referring to contract provisions that can excuse companies from obligations in extraordinary circumstances. “For the most part, what we’ve heard is that countries have just stopped shipping panels here.”

They cited a U.S. Customs and Border Protection Commodity Status Report that showed imports totaling 1.8 GW, with 1.6 GW being imported in a single week. The filing said that imports didn’t reach similar levels in 2021 until 38 weeks into the year.

Even so, on April 8, Northern States Power Co., a utility owned by Xcel Energy Inc., asked the Minnesota Public Utilities Commission to suspend proceedings for the company’s planned Sherco Solar Project so that it can reevaluate pricing and “discuss alternatives with our potential suppliers” in light of the Commerce Department investigation.

S&P said the investigation adds to cost pressures that have been hitting the solar industry from supply chain disruptions and inflation. As a result of those headwinds, U.S. solar installations are expected to fall by 7% in 2022.

An Xcel Energy spokesperson said several solar projects in Colorado that the company has signed contracts to buy power from and which are due online by mid-2023 are in “various stages of risk at this time, and negotiations on potential solutions are ongoing.”