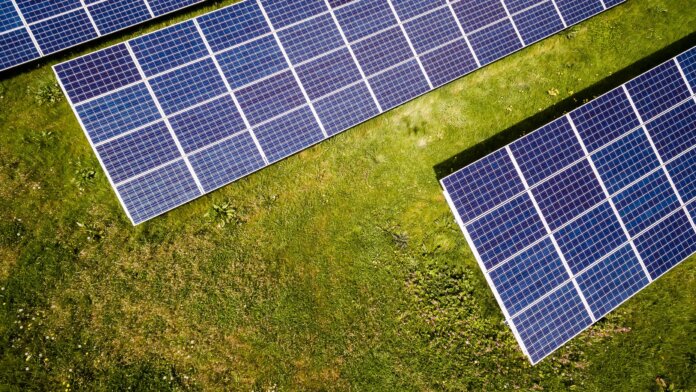 President Biden has authorized use of the Defense Production Act to accelerate domestic production for clean energy technologies, including solar panels parts. He has put the full power of federal procurement to work spurring additional domestic solar manufacturing capacity by directing the development of master supply agreements, including “super preference” status. He also established a 24-month bridge for domestic manufacturing to quickly scale up, which will ensure that U.S. solar developers have the components they need to build clean energy projects, and an electric grid for 21st-century America. He also strengthened the integrity and transparency of trade laws and processes.

Together, these actions will spur domestic manufacturing, construction projects and good-paying jobs – all while cutting energy costs for families, strengthening the grid, and tackling climate change and environmental injustice.

Biden-Harris Administration will promote strong labor standards in the deployment of the DPA. This includes community benefits agreements and project labor agreements that offer wages at or above prevailing rates and local hire provisions. The administration will encourage projects that support clean energy transitions in low-income communities that have been burdened with legacy pollution.

The White House and DOE will convene relevant industry, labor, environmental justice and other key stakeholders as they maximize the impact of the DPA tools made available by President Biden’s actions and strengthen domestic clean energy manufacturing.

President Biden is also using the full power and potential of federal procurement to increase domestic solar manufacturing capacity. Two innovative tools were developed by the President to accelerate Made-in-America clean electricity. Master supply agreements for domestically made solar systems will increase efficiency and speed at which domestic clean electricity providers are able to sell their products to U.S. governments. The so-called “Super Preferences” will apply to domestic content standards for federal procurement of solar systems, including domestically manufactured solar photovoltaic components, consistent with the Buy American Act.

These federal procurement initiatives can increase demand for domestically produced solar panels by up to 1GW in a short term, and up 10 GW from U.S. government demand over the next ten years. To further increase the impact of these actions, the administration will also partner with state and local governments and municipal utilities in these innovative arrangements – increasing the potential market impact over the next decade to as much as over 100 GW. These procurement actions will create a significant demand base for a revived domestic solar manufacturing industry.

President Biden is using his power to create a 24-month bridge to certain solar imports, while ensuring the integrity of our trade laws. Specifically, the President is temporarily facilitating U.S. solar deployers’ ability to source solar modules and cells from Cambodia, Malaysia, Thailand and Vietnam by providing that those components can be imported free of certain duties for 24 months in order to ensure the U.S. has access to a sufficient supply of solar modules to meet electricity generation needs while domestic manufacturing scales up.

A new five-agency collaboration has been established to expedite the review of clean energy projects that are located on public lands. It is part of the Biden Harris Permitting Action plan. This collaboration will allow us to accelerate our progress towards allowing at most 25 GW by 2025. These actions have already resulted in an increase of clean energy permits by 35%, including major projects approvals and leases. The department also established five new Renewable Energy Coordination Offices, and reduced rents for solar and wind projects on public lands by more than half the amount.

The Biden-Harris Administration has helped 17 communities to remove red tape using the SolarAPP+ online tool. This tool allows for same-day approvals of residential solar installation permits. Additional 400 communities are also in the pipeline. The National Climate Task Force has launched new initiatives to increase the deployment of Distributed Energy Resources, including rooftop Solar, with a focus of bringing the benefits of these projects into underserved communities. The largest ever investment in rural renewable energy was made by the United States Department of Agriculture last year. Additionally, the Department of Energy and Department of Health and Human Services teamed up to pilot a digital platform to connect customers who are eligible to the Low-Income Home Energy Assistance Program with community subscriptions. This will help to reduce customer energy bills. The U.S. Department of Housing and Urban Development has partnered with municipalities to provide low-cost community solar power to residents of affordable housing. This will not result in a rent increase or adjustment of their utility allowance.

The government supports a diverse workforce of solar workers with well-paying jobs. There are also pathways to stable careers and the fair option to join a union. The solar industry is consistently among the fastest-growing in the country. Many jobs require only a highschool education or GED. Recently, the Economic Development Administration awarded funding to support training in solar employment in communities that are affected by coal and tribal lands.

The Export-Import Bank of the United States of America (EXIM), Make More in America Initiative was approved by the EXIM board in March. It will prioritize investments to increase clean energy manufacturing to promote domestic manufacturing and build capacity in allied countries. The U.S. International Development Finance Corporation supports the building of resilient supply chains for clean energy manufacturing in allied countries around the globe, decreasing global dependence on China.

The Biden-Harris Administration and the Commonwealth of Puerto Rico have teamed up to promote dozens of solar energy projects. This will allow Puerto Rico reach its goal of 100% renewable electricity. It will also improve the power sector’s resilience and increase access to clean, affordable energy.

The complete statement can be found here.