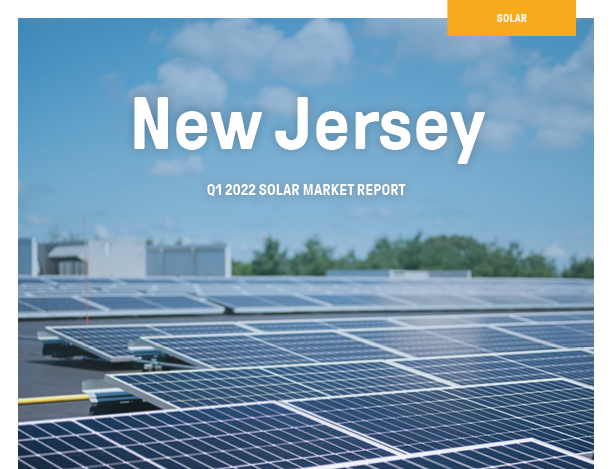 DG+Design’s latest New Jersey Solar Market Report shows that the state installed a record 3.8 GW of new capacity during 2021. Despite having overcome the Covid-19 pandemic and other supply chain problems, New Jersey now faces a large grid interconnection backlog as well as incentive uncertainty. In Q3 2021 the state saw a large increase in solar projects, followed by a decrease in installed capacity in Q4.

While state incentives decisions will be made within state borders only, grid interconnection delays are threatening projects in New Jersey. PJM Interconnection (PJM), a large electric grid that runs along the Eastern United States, has a backlog of more than 1,200 projects. Many of these projects are located in New Jersey. Due to the huge backlog, PJM seeks a two-year pause in reviewing projects in the queue. New projects will likely face longer wait times. These delays are likely to significantly hinder the development and deployment of solar energy in New Jersey.

However, there are hopeful signs, particularly for the state’s commercial solar sector. In July of this year, a New Jersey law will go into effect requiring newly constructed warehouses over 100,000 square feet to be “solar-ready,” with measures like reserving roof space for solar panels and utilizing solar water heating systems.

Additionally, due to the success of New Jersey’s community solar pilot program first launched in 2019, Gov. Phil Murphy has directed the NJBPU that the program be made permanent. A stakeholder input process will be published in February 2022.

“Interconnection queue delays produce extended project timelines and greater financial risks, which in turn can cause a further hesitation to invest in new solar projects,” says Kathleen Gill, director of clean energy at DG+Design. “Given the extended backlog of PJM’s queue, it is unclear if New Jersey will be able to maintain its high rate of solar development in 2022, which could impact its ability to reach its long-term renewable energy targets.”

“Consistent incentive offerings have been key to ongoing growth of solar in New Jersey, allowing it to outpace many surrounding states,” comments David Ganske, CEO of DG+Design. “As state incentives decline in the coming years, it will serve as a test of New Jersey’s solar sector, and perhaps as a harbinger of what’s to come as other states consider cutting incentives.”

The full report is available here.